Celebrate Ontario Funding is now available! The program supports festivals and events that offer visitors and residents the best of the world in one province, 365 days of the year.

The Province of Ontario recently introduced the Regional Development Program, which will invest more than $100 million over four years to support business growth in eastern and southwestern Ontario communities.

The Program supports eligible small- and medium-sized businesses investing in new equipment and training to expand operations in these regions, and also provides support to municipalities and not-for-profit organizations investing in economic development projects. 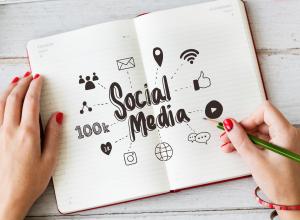 Are you are struggling to find engaging content for your Facebook business page? Check out these helpful tips!

The Lake Ontario water levels may have been high at Loyalist Cove Marina in Bath on Friday, but so were the spirits of owners Dave and Michelle Hinton as they celebrated their 20th anniversary of ownership.

Staff and patrons gathered on June 14th for the special festivities. In addition to the anniversary, Michelle was also proud to announce that the marina has attained Boating Ontario's Diamond Clean Marine status and is the first non-municipal marina to obtain International Blue Flag Status from Environment Defense in South-eastern Ontario. What is a business plan? What is it good for? And how do I make one?

3 Google Tools for Your Business

Google’s mission statement is to “organize the world’s information and make it universally accessible and useful.” And with 65.5% of the search engine market share, if your customers are looking for you, chances are many are using Google to do it. They offer a number of free tools that can help you optimize your visibility online and increase your success in the SEO world. Let’s have a look at 3 free google tools you may want to explore:

I wanted to write about the benefits of having a small business in L&A but sometimes it’s hard to write down things that seem obvious. Some of the benefits are practical: It’s cheaper. Start up costs are more manageable. It’s easier to make a big splash and stand out in a smaller community. The bricks and mortar are part of it. But when I take a step back and really analyze the benefits of having your business in a smaller community, like Lennox & Addington, you really start to realize the perks. We have a beautiful place with a wonderful mix of old and new.

The Yves Landry Foundation is making available up to $100,000 per company in the form of a grant to foster training that will lead to advancements in innovation within the manufacturing sector in Southern Ontario.

Specific funding will be provided for two major objectives:

The Yves Landry Foundation is making available up to $100,000 per company in the form of a grant to foster training that will lead to advancements in innovation within the manufacturing sector in Southern Ontario.

Specific funding will be provided for two major objectives: Are you the owner, organizer, visionary of a small flock chicken business? Incubator farm? Local pizza and brewery? Community cannery? Co-operative abattoir? All the dreams of new local food and farm social enterprises just got closer to reality.