This summer, the Lennox & Addington County Museum & Archives in Napanee is pleased to be the home of an exciting travelling exhibition, the contents of which are of keen interest to almost a global audience: money. 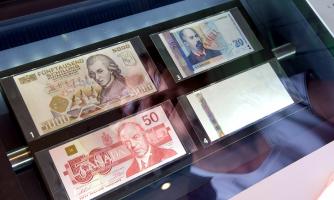 The “In the Money” exhibit is a display from the Bank of Canada Museum in Ottawa, and will be featured at the museum from July 4 - August 23, 2017. This fun and engaging exhibit explores how paper is made, compares security and printing features and provides insight into ancient coins and notes. Featuring interactive stations and displays with fascinating facts and insight, visitors will explore a behind-the-scenes glimpse of modern methods for developing, testing and producing secure innovative bank notes.

“In the Money” helps answer many of the questions people commonly ask about currency. How is the paper made? Can good engraving foil a 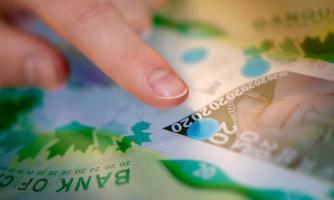 counterfeiter? What are those little holograms for? Answers abound in this exhibit, as does the opportunity to take an extremely close look at some very modern money. Visitors will also have an opportunity to fold a polymer note and measure how many times it has already been folded, tilt the bills to watch vibrant colour changes of their holograph foils and inspect a polymer note that has been folded many times.

In keeping with the theme of the “In the Money” exhibit and the numerous Canada 150 exhibits currently on display, admission to the Museum & Archives has been reduced this July and August, just in time for Canada’s birthday.

You can enter the museum for one Canadian dollar.
Yes, get in for just a Loonie.

Lennox & Addington has a notable link with early paper currency. As settlement advanced, thrifty farmers and merchants of Lennox & Addington invested in the stock of early banking institutions, the Bank of Upper Canada and the Commercial Bank of the Midland District. But, in 1837, sixty-three subscribers formed the Freeholders Bank of the Midland District at Bath. When the Provincial Legislature passed an Act to protect the public from the injury of private banking, Peter Davy and 386 freeholders of the Midland District petitioned the Legislative Assembly to be allowed to continue. Despite this, the affairs of the bank had been wound up by November 1838.

As a local feature, the Museum will display one of the engraved promissory notes printed for this venture. The first savings bank opened in Napanee was the Napanee Savings Bank Society founded by Sir Richard Cartwright. The first chartered bank in Napanee was the Commercial Bank which opened for business on June 4, 1864 in a small frame store on John Street. Also founded by Sir. Richard Cartwright, this bank was managed by Alexander Smith who lived in the building and kept a cash safe in his dining room.

Find out more this exhibit and others currently on display.