Lennox & Addington County is an emerging destination for lovers of locally produced beer, cider, wine and spirits. The Ontario craft beverage scene is immense, and only getting bigger. Each year, local breweries, wine estates and distilleries attract scores of travellers looking to explore Ontario’s blooming bounty of craft bevies.

In this handy-dandy, pint-sized blog post we’ll introduce you to L&A County’s booming craft beverage community - and let you know where you can find and sample their wares. A stop at any of these locations would be a great addition to your next locavore inspired road trip through the scenic rural driving routes of Lennox & Addington.

Since their official opening during the summer of 2016, The Napanee Beer Company has been brewing their recipe for success, one batch at a time. In the short amount of time since, this independent brewery has achieved some notable achievements including wide distribution of their product in LCBO stores, along with several awards including New Brewery of The Year as of April 2017.

Located on Milligan lane in Napanee’s North end, the brewery has a tasting room where visitors can sample any of their core beers which include Blacklist Black German Lager, Deadline Premium Lager, EXTREMIST Belgian IPA and Mayday Belgian Pale Ale. In addition to their all-star lineup of staple brews, you can also on occasion get fantastic seasonals like Chivalrous Sour Raspberry Ale and other small batch features. 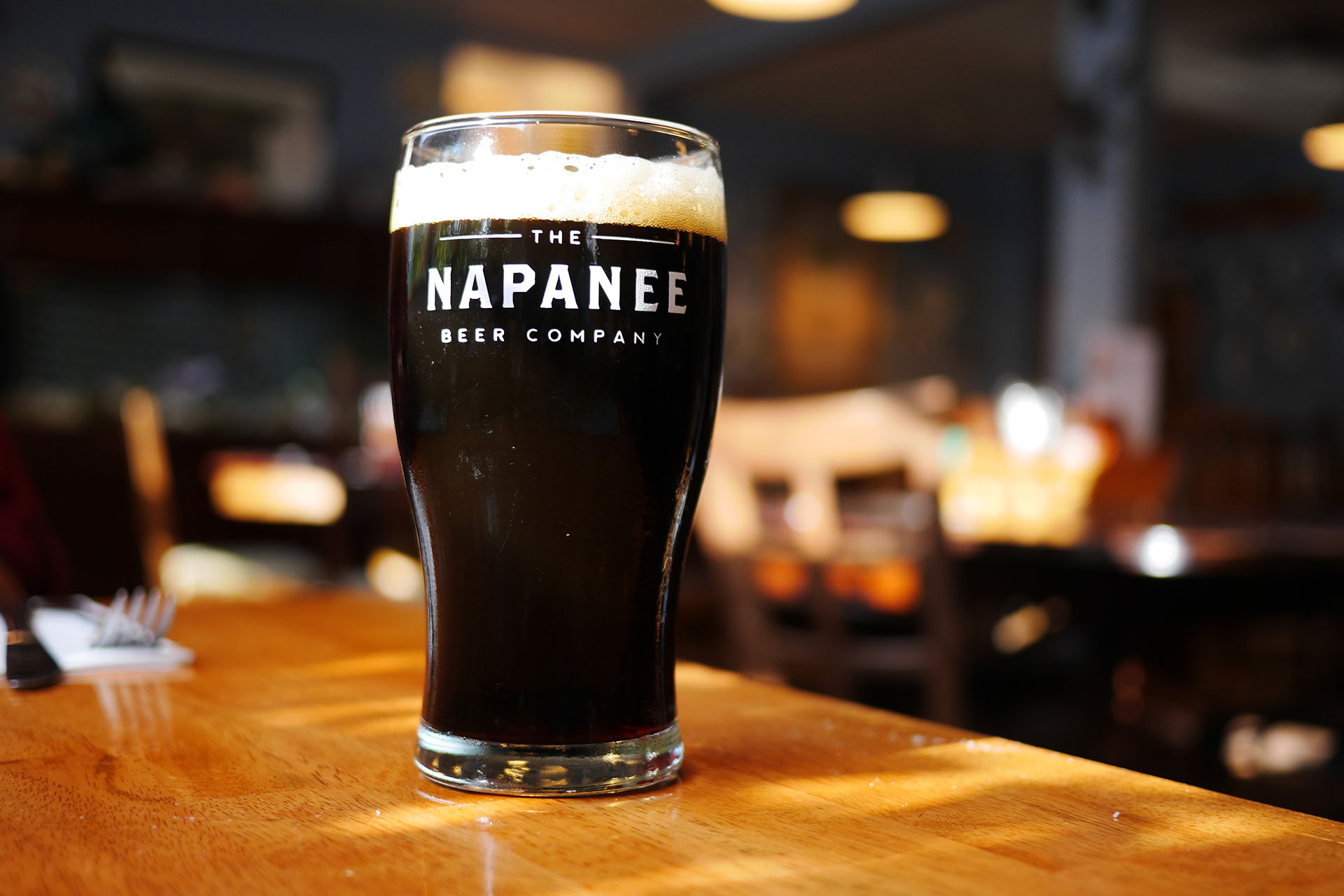 Embracing the North shoreline of Lake Ontario, and situated on the breathtaking Loyalist Parkway between Bath and Adolphustown; you’ll find L&A County’s premier vineyard: Bergeron Estate Winery. Here, visitors can get the best of both the food and drink worlds thanks to the on-site Nona’s Pizzeria.

Enjoy delicious freshly baked pizza as you sample an array of vibrant wines including Cabernet Franc, Gamay, and Pinot Noir. Bergeron Estates also has a wonderful selection of white wines that include Gewurztraminer, a Riesling Vidal blend, as well as a particularly nice rosè. Along with wine, this innovative wine estate has also recently entered the cider market with their signature Cole Point Cider, which is also available in the tasting room. 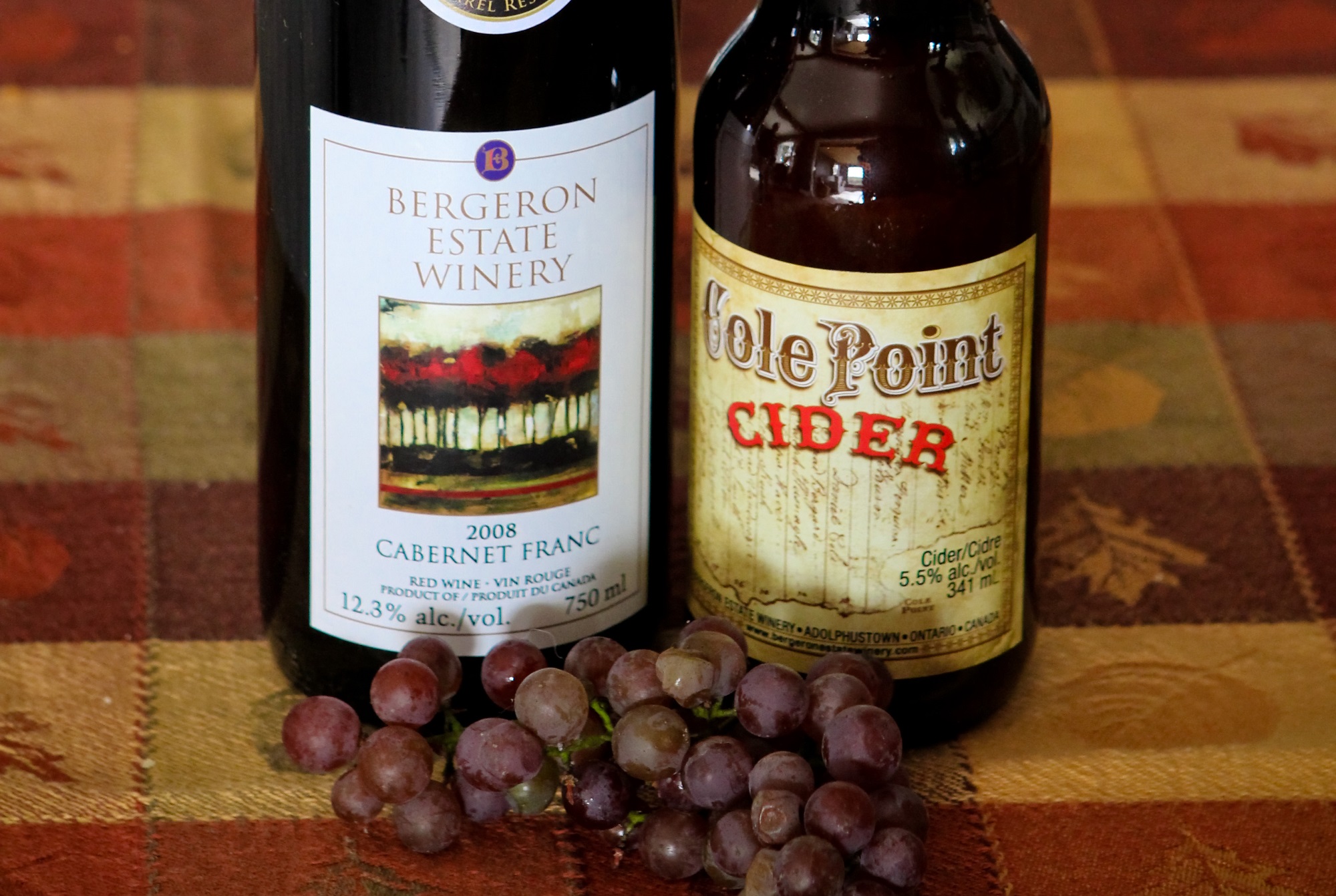 Mackinnon Brothers Brewing Company in Bath, Ontario has been “perfecting the ingredients since 1784,” when the Mackinnon family farm was first settled. Today, brothers Ivan and Daniel along with their staff operate this thriving local farm and brewery situated amid the breathtaking rural countryside of L&A County.

There are five signature brews exclusive to Mackinnon Brothers, with their most popular beers comprising the easy-drinking Crosscut Canadian Ale, 8-Man English Pale Ale and the ravishingly tasty Red Fox Summer Ale which gets its vivid red colour from the use of beets during the brewing process. Their beer is available at most LCBO locations and can be found on tap at several pubs and restaurants throughout South Eastern Ontario.

Since opening in 2014 the operation has grown to include an extremely popular annual beer & music festival called Back To The Farm. This eclectic outdoor celebration of craft beverages and local musicians draws hordes of locavores and music lovers to the area. 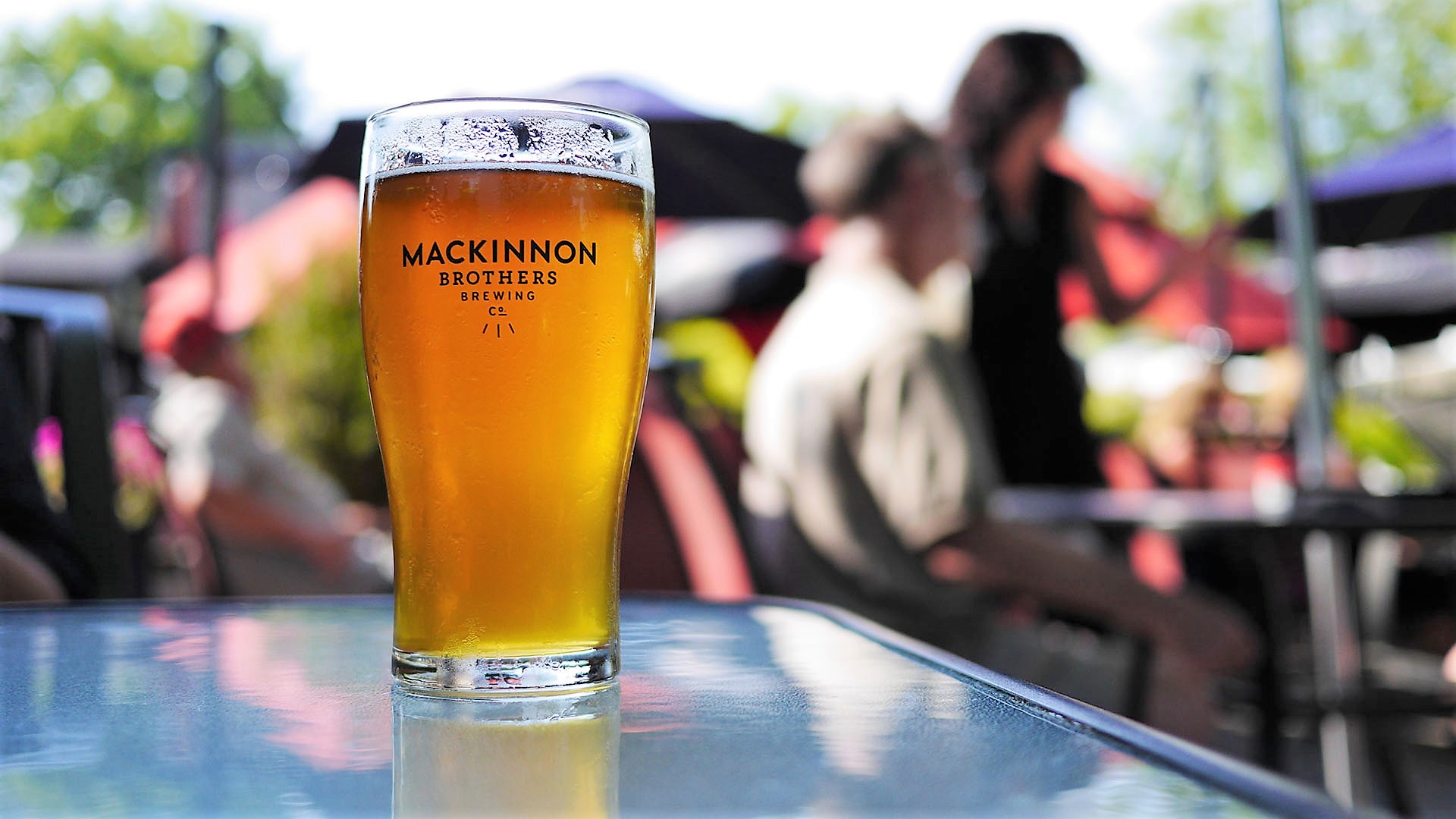 Located only three minutes away from Mackinnon Brothers, on Townline Road is Hard Way Cider Company. Owners Lisa and Steve Goddard build their operation on the premise that “nothing worthwhile ever came easy.” This modus operandi is integrated into all elements of their business from quality control to the objective of constant learning and innovation of their techniques.

Using age-old artisan techniques, a unique selections of apples, and oak barrels from some of the best distilleries and wineries across North America, they came up with exceptionally dry, wonderfully flavourful ciders, unlike any other cider on the market.

Stop by their retail shop in Bath, enjoy a sample and bring a few bottles home to impress guests and add some local flair to your fridge! 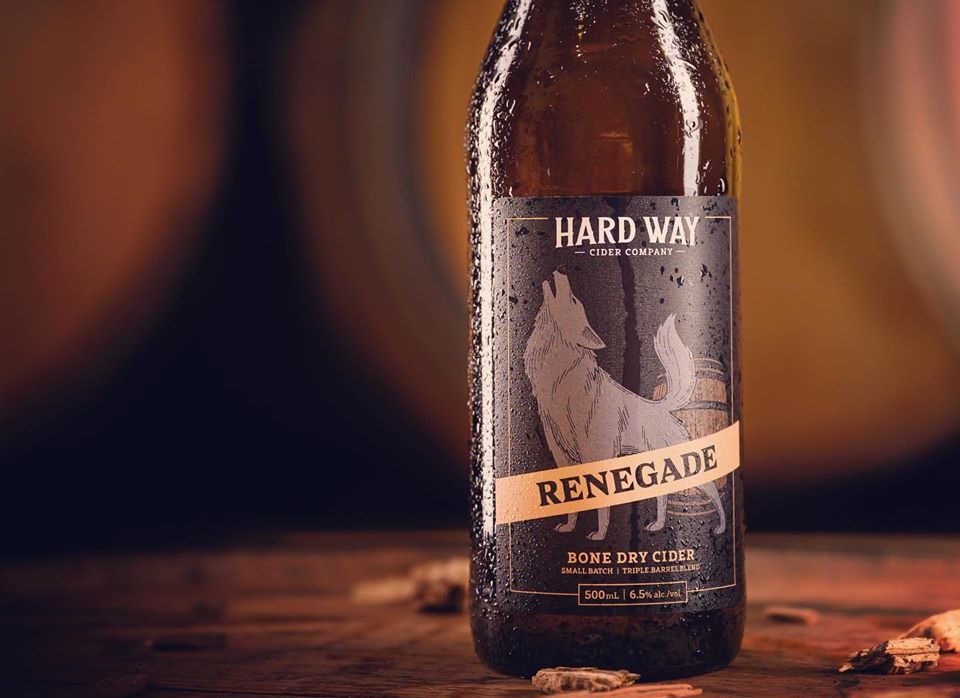 Twelve Barrels is locally blended Canadian based on an old recipe distilled along the Napanee River in 1853. While several mainstream Canadian whiskies use corn as their primary grain - Twelve Barrels takes things back to the good old days by using wheat and rye as the grains of choice - with only 35% being corn.

The result is a smooth flavour profile with a sweet finish when enjoyed neat or on the rocks. There are some spicy notes and a distinctly unique character. It’s fantastic on its own or mixed in cocktails. My personal favourite is to mix an Old Fashioned using 12 Barrels, which makes for a sophisticated cocktail that will give you an all-new perspective on an old favourite.

Twelve Barrels is available at several LCBO stores and can also be found served in select local bars, pubs and restaurants. If you’d like to book a hosted tasting event - or whisky etiquette or cocktail mixing workshop you can also make arrangements on their website. 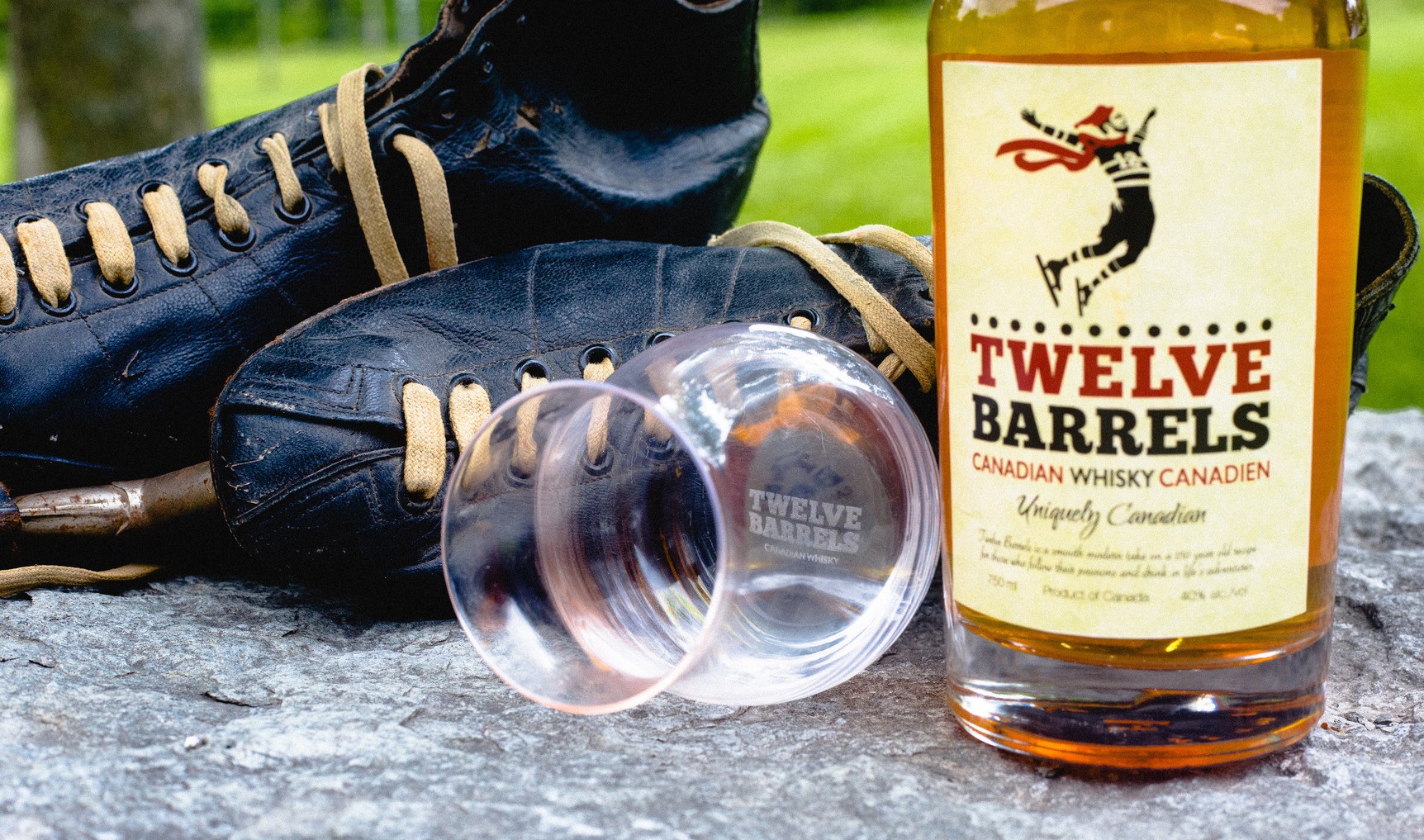 If you’re on the prowl for delicious locally crafted beer, wine and spirits, there is plenty here in Lennox & Addington County to wet your whistle. If it’s not already obvious, we’re quite proud of our emerging entrepreneurs in craft beverage economy, and openly invite you to step off the beaten path and come to visit!

This is just plain common sense, but when you’re planning a road trip to visit breweries, wineries, etcetera - it’s important to drink responsibly and secure a designated driver. If you’re recruiting a group, each member can simply pitch-in on hiring a professional driving service for the day.

Thanks for reading our blog! To help pinpoint the locations we discussed, check out the Google Map below! We look forward to welcoming you to the unspoiled rural beauty of L&A County!