The Napanee Beer Company: "You CAN move back home, start a business and be happier than you ever imagined."

Moving back home is a scary thought for many of us. Leaving the big city behind, packing up and heading to a small town is a downright daunting prospect. For Geordan Saunders, owner of The Napanee Beer Company, the decision to move back home to Napanee came down to one simple question:

“What is the worst thing that’s going to happen.”

“We came here because this is Home and that’s Home with a capital ‘H’. I say that really intentionally. At the end of the day, in your heart of hearts, there is a place that is Home. That place in the world where you say ‘this is where I am meant to be’. This was the community we wanted to be a part of.”

Starting a small business in a large city, in a big pond so to speak, is an incredibly intimidating prospect for most of us. How will I afford my city lifestyle while running my own business? How will I stand out from the crowd in this large pool? How competitive will grants and funding opportunities be in a large city?

Starting a small business in a small town is a tangible and viable option.

“It was really important to us that we were going to be a small town business. It’s tough to do that in a big city.”

In terms of how the County of Lennox & Addington has shaped their business, Geordan says Napanee Beer couldn’t have done it without their help and their passion for helping businesses like his succeed in the region. “They have been a really phenomenal resource. It’s really remarkable how much they care about growing business.” 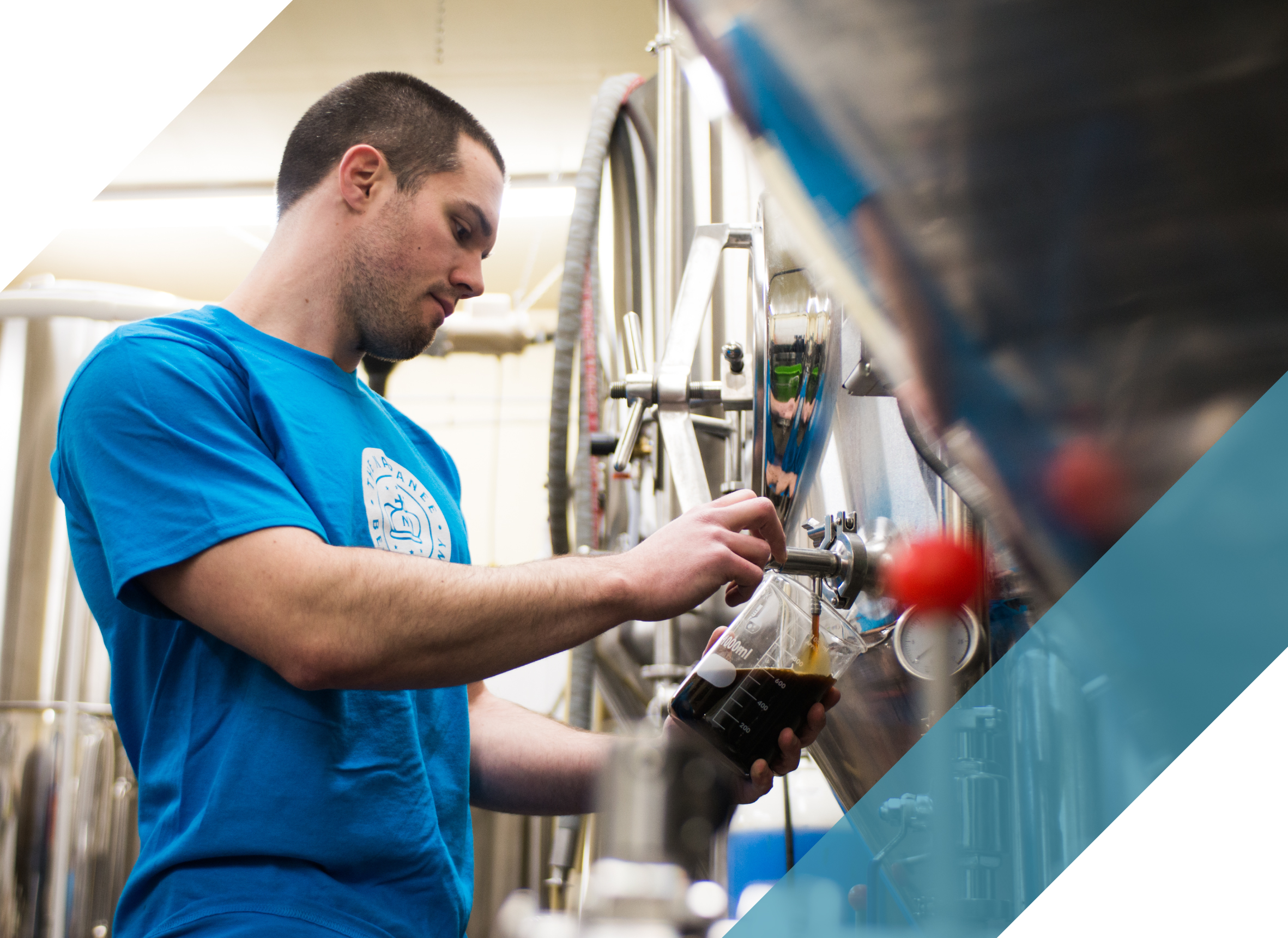 “It’s an amazing community. A lot of small businesses are coming back to Lennox and Addington.”

The Napanee Beer Company was the first brewery to open in Napanee and has received countless accolades. Their beer is loved locally and also draws a wider reaching audience and is available in LCBO stores and bars across the province.

Leaving Toronto, selling their condo, and moving to Napanee started as a joke, a ‘wouldn’t that be nice’ moment. Instead of brushing off the idea, and seeing only the roadblocks, they took a leap. Geordan wishes more people, especially young people, knew that this was an option. There isn’t a perfect template for a life. You CAN move back home, start a business, and be happier than you ever imagined. There are options out there that may not fit the traditional mould of what you are ‘supposed’ to do.

For The Napanee Beer Company, the County of Lennox and Addington has welcomed them with open arms, and empty pint glasses.