First settled by United Empire Loyalists and later by American and European pioneers, Lennox & Addington County is alive with reminders of a rich past. The family names of the earliest settlers endure and hundreds of grand Victorian homes and farmsteads still stand as symbols of an era of hard work and bustling growth.

We invite you to tour our great County, and learn about the history that helped shape our communities into what they are today. 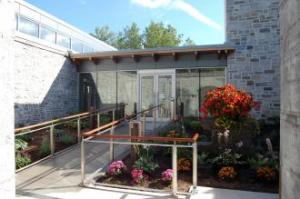 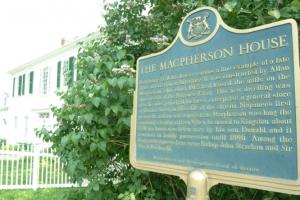 Half-cousin to Sir John A. Macdonald, Allan Macpherson was one of Lennox and Addington’s most civic-minded and politically active entrepreneurs. He created fine-quality flour shipped to Montreal and England and became Postmaster at Napanee in 1820. Tour his gentry-inspired home, built north of the Napanee Falls. In 1962 the L&A Historical Society began a visionary labour of love to restore this home to its 19th century character. Find out more. 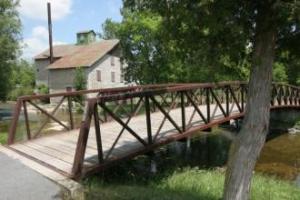 The Babcock Mill planing mill and basket factory is the last standing mill, of three, at this Odessa historical site. Known for its “Babcock Baskets”, you can see where John Babcock’s designed and patented basket-making machinery in the early 1900s. Built in 1856, this historical three-mill site once included a Woolen Mill (on Factory Street) and a Saw Mill. Find out more. 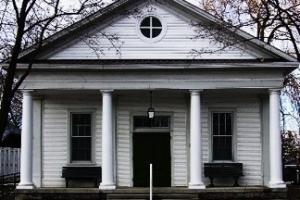 Known as the Bath Town Hall until 1970, it was constructed in 1861 and had a complete restoration in the early 1980s.  Featuring United Empire Loyalist, WWI and WWII memorabilia and Native artifacts dating back hundreds of years. The site is a designated historic property under the Heritage Act. Find out more. 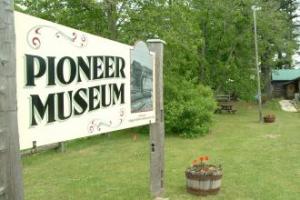 See 1,000 artifacts, including books, clothing, photos and documents, that illustrate how Lennox and Addington County (and the Cloyne area) evolved from its lumber industry beginnings in the 1850s, through the ups and downs of the mining booms, to the long-held importance of tourism. Find out more. 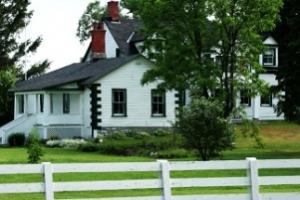 Discover a beautiful example of early Canada at the the Fairfield-Gutzeit House in the village of Bath. The Georgian-style home is fully furnished according to the Victorian era. Built by brothers William and Benjamin Fairfield in 1796 it is one of the first dwellings built in Ontario on the shores of Lake Ontario. Find out more. 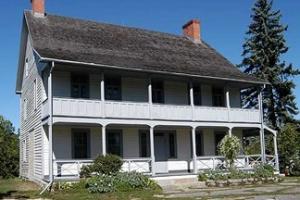 Love early Canadian architecture? Fairfield House, one of several wood frame structures from the Loyalist era, was built in 1793 by New England Loyalist William Fairfield to strongly reflect his New England background. His family lived there for 6 generations until 1959.  Fairfield House was named by the Royal Architectural Institute of Canada as one of the 250 best examples of Canadian Architecture over the last 1,000 years. Find out more. 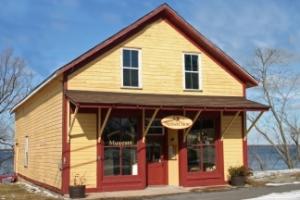 Take your car or bike on a quaint Lake Ontario ferry ride and arrive at Amherst lsland. The Neilson Store Museum tells the story of the first settlement of 1789, and showcases artifacts collected from one of Canada’s grain merchants, James S. Neilson. Learn about Canada’s historic boats, like the MV Amherst Islander, and see their remnants. Shop the Weasel and Easel fine arts and craft store, housed in the museum. Find out more. 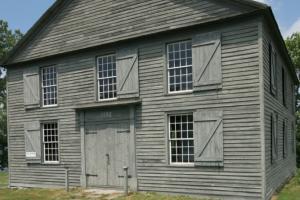 Did you know that the oldest Methodist building in Canada – and the second oldest church in Ontario – is right here in Hay Bay? Built in 1792 on land donated by Paul Huff, Hay Bay Church was the first meeting house for Loyalists in Ontario. Recognized as a national Canadian historical site, the restored church hosts weddings, special parties, and an annual service on the fourth Sunday of August. Find out more. 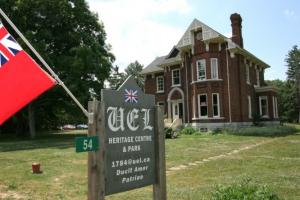 Visit the site where the very first United Empire Loyalists arrived in Ontario on June 16, 1784. Camp at the very place where this piece of Ontario history began. The heritage centre, located on the beautiful Adolphus Reach on the Bay of Quinte, also informs on the ancient Cayuga presence in this region.  Find out more. 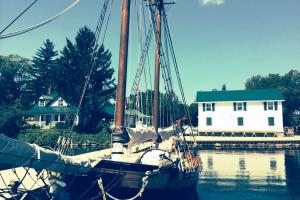 Find out about the American attack on the village during the War of 1812, and enjoy the local tale of warships on the Great Lakes: the flight of the HMS Royal George. Experience early 19th century Bath (called Ernesttown in those days) on the grounds of the 1796 Fairfield-Gutzeit House. Find out more.