Entertainment hasn't been booked yet for 2020, but below is a list of who performed at the 2019 event. 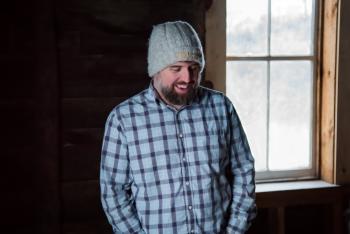 For over 25 years, Chris Morris' music and high-energy performances have been heard all over Southeastern Ontario, encompassing folk and other traditional genres from the Delta to Dylan, the plantations to the Appalachians, the Mississippi to the Great Lakes. Folk, blues, roots, alt-country, singer-songwriter, bluegrass, spirituals – it’s all blended together and performed with a captivating intensity, and a healthy dash of humour, that will take you along through songs happy and sad, upbeat foot-tappers and singalongs, murder ballads, love songs, blues and who knows what else! 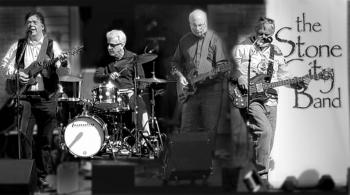 The Stone City Band is comprised of four band members with ties to Kingston, Belleville, and Toronto, Ontario music scenes. The band is centered on a core of guitars and drums though, the diversity of band member talent on different instruments, expands the band’s musical repertoire to include songs with keyboards and guitars. The band members are all life-long musicians with experience playing in different bands over the decades with a focus on tuneful classic rock from the 60’s, 70’s, 80’s and 90’s.

Classic rock fans and patrons coming out to see The Stone City Band will enjoy a great stage performance and favorite tunes from The Beatles, The Rolling Stones, The Kinks, and other British invasion bands, as well as “this side of the pond” classics from the likes of The Eagles, Creedence Clearwater Revival, Blue Rodeo, The Band, John Cougar Mellencamp, Tom Petty and many others. 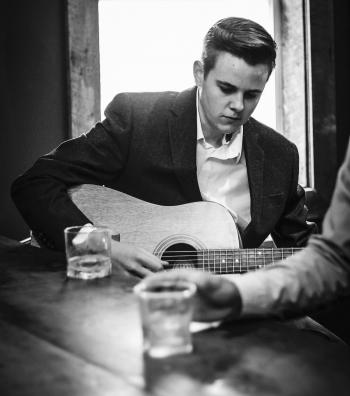 Solomon has been singing and playing guitar professionally for over 8 years as a solo musician. He played at the Discover L&A Ride in 2016 and is the first performer to play multiple times at this event. Yes, he's that good.