Beaver Lake could very well be my favourite place to visit in all of Lennox & Addington County. My grandparents lived on North Beaver and I spent a lot of my childhood there. I have many fond memories of my brother and I catching frogs, searching for crayfish, going canoeing, and taking rides in my Pop's old boat.

It had been a while since I had made the trip back to the lake so I took advantage of a sunny afternoon to spend some time out on the water. I loaded my kayak and fishing rod in the truck and off I went.

I was debating whether I should start from the boat launch at Lions Beaver Lake Park or along Neville's Point Road. Both sites are on South Beaver and my plan was to paddle the shoreline to the point and into the north half of the lake. When I arrived, I could see that the lake was a little more rough than what I hoped it would be. Launching from the Neville's Point Boat Launch would be a lot less strenuous endeavour... so my decision was made. 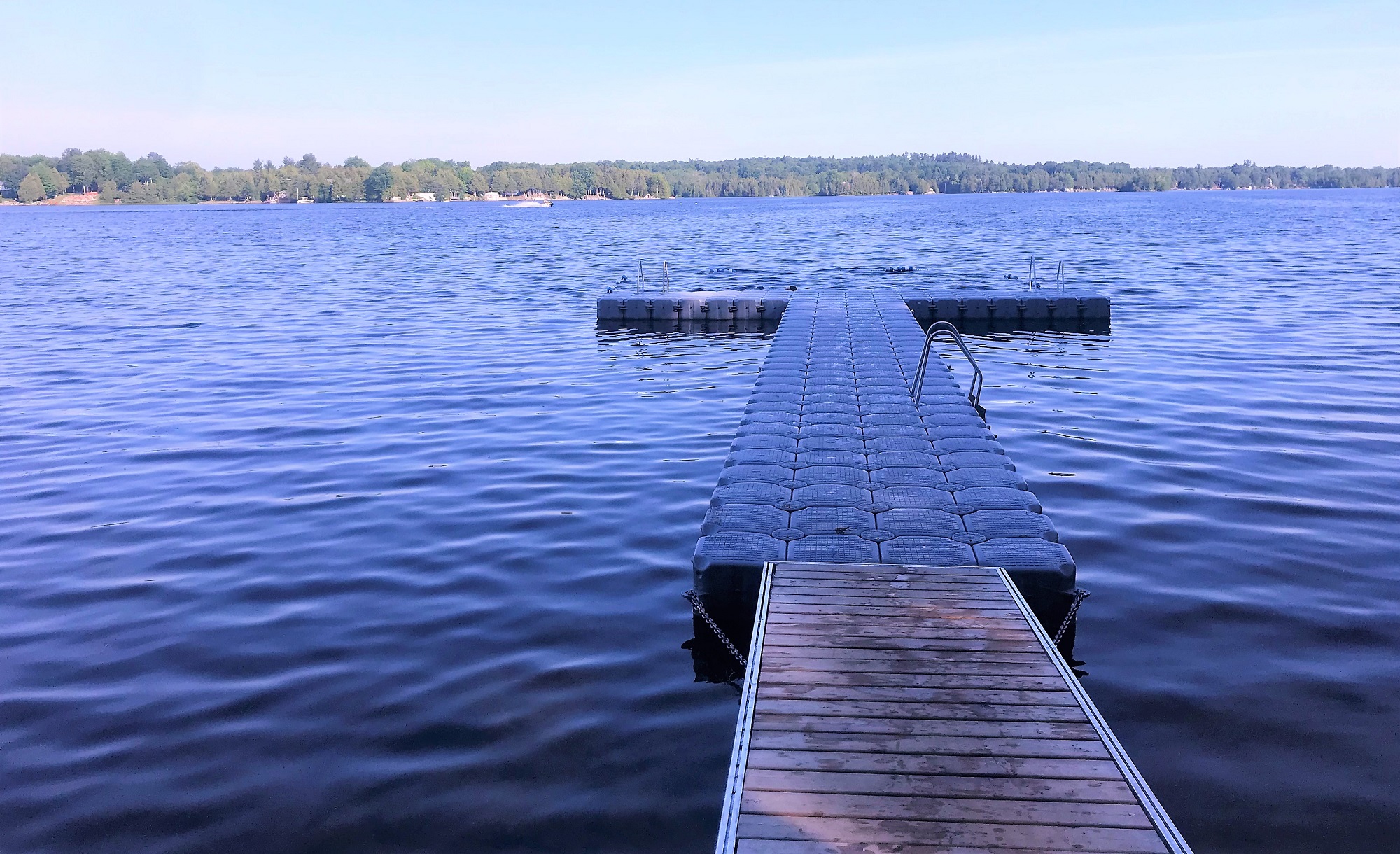 I pulled off County Road 41 onto Neville's Point Road and slowly made my way to the boat launch. I admit I was a little envious of all the beautiful homes and cottages along the way. It would be so great to live here. As I reached the parking area, there was a young family enjoying the water in the adjacent park. The kids were fishing and jumping off the large dock. It reminded me of my youth. 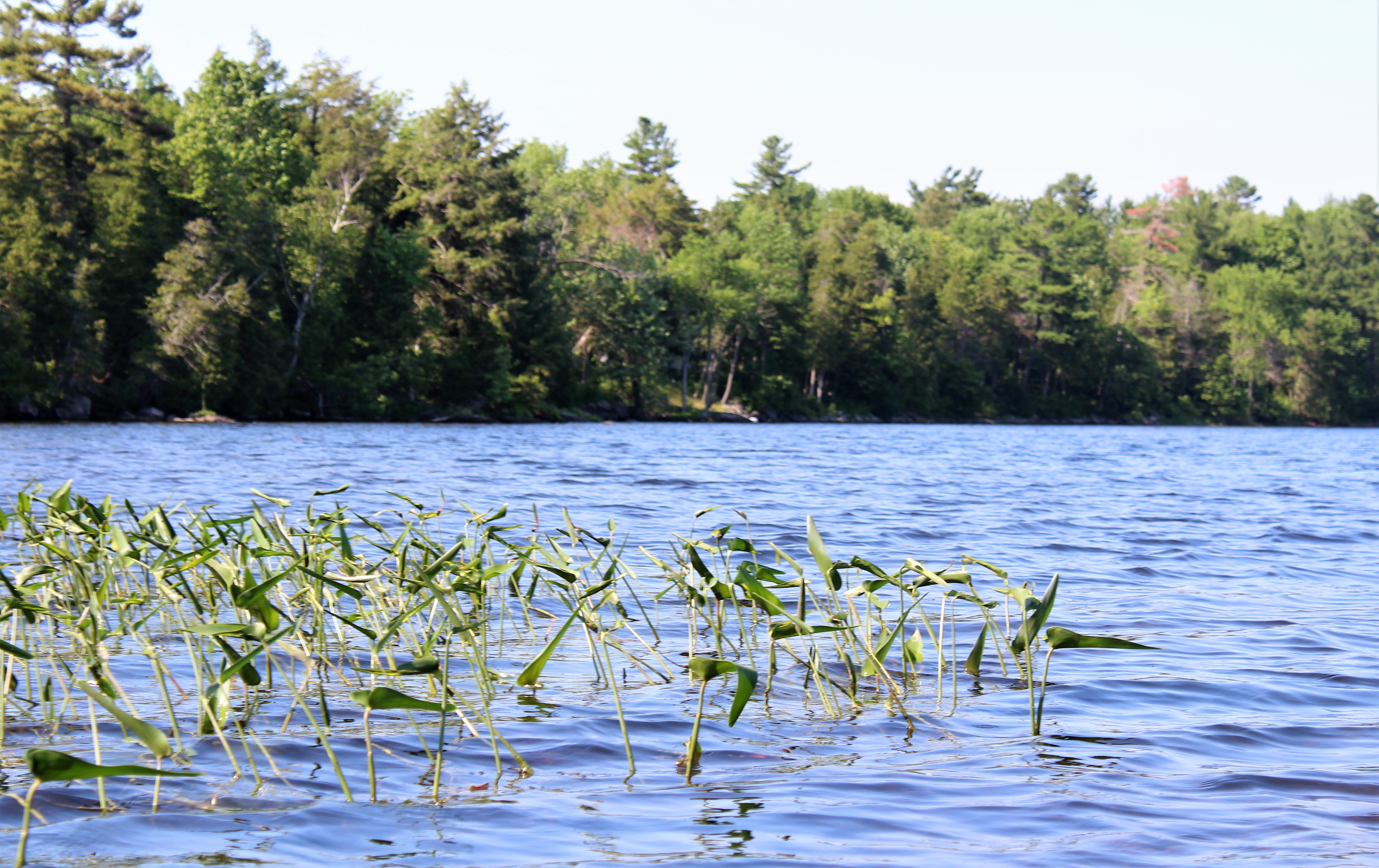 It's such a different perspective of your surroundings when you're looking from the water. I made my way east towards the point and paddled by reeds, lilly pads and trees hanging over the mainly undisturbed shoreline. There were few docks to manouver around, but the cottages were mainly hidden by dense tree cover. 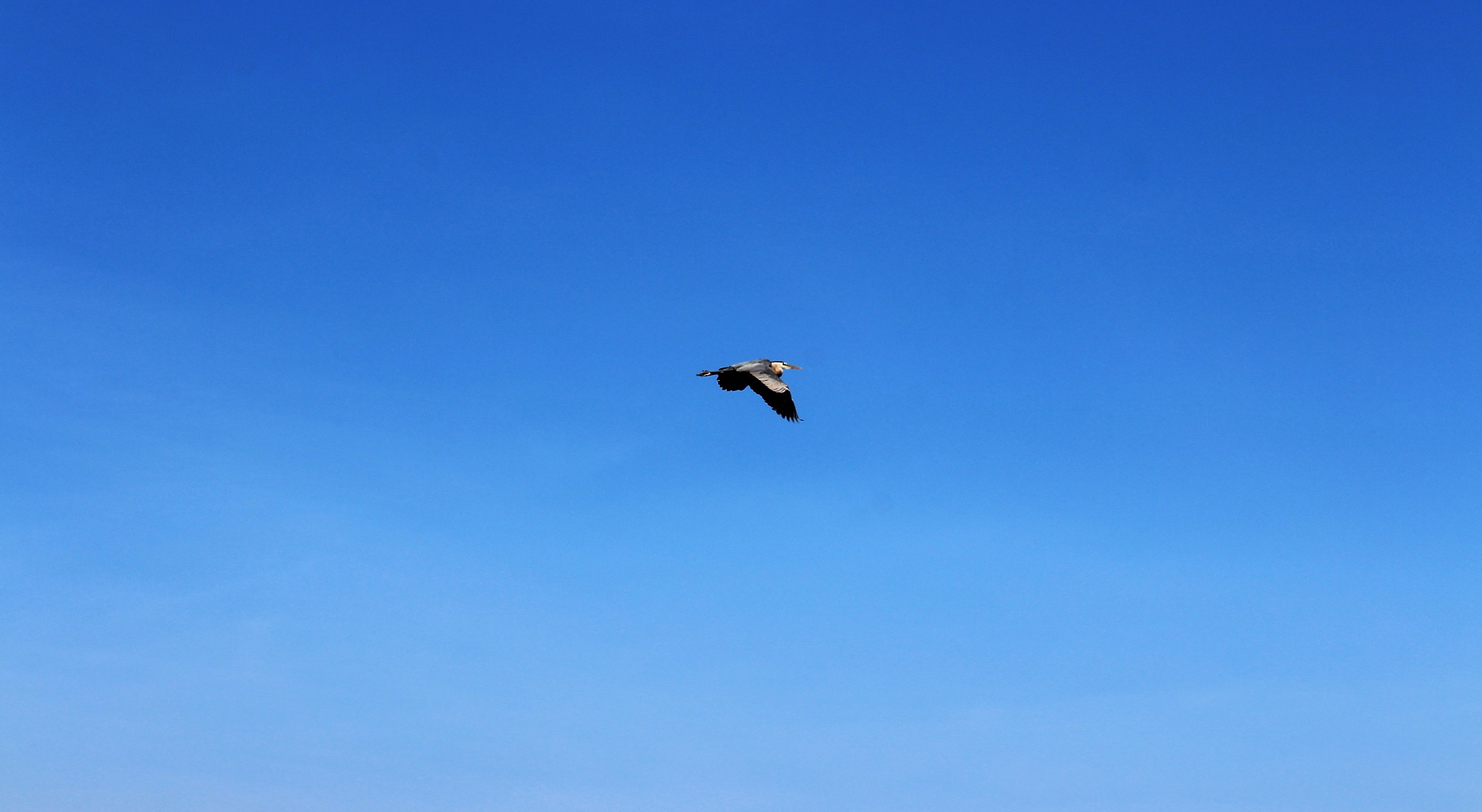 It wasn't long into my journey that I got my first taste of wildlife. A number of Kingfishers were darting in and out of the cedar trees along the shoreline. They were too fast for me to get a photo, but a Blue Heron appeared seemingly out of nowhere and I was able to capture an image of its graceful glide. 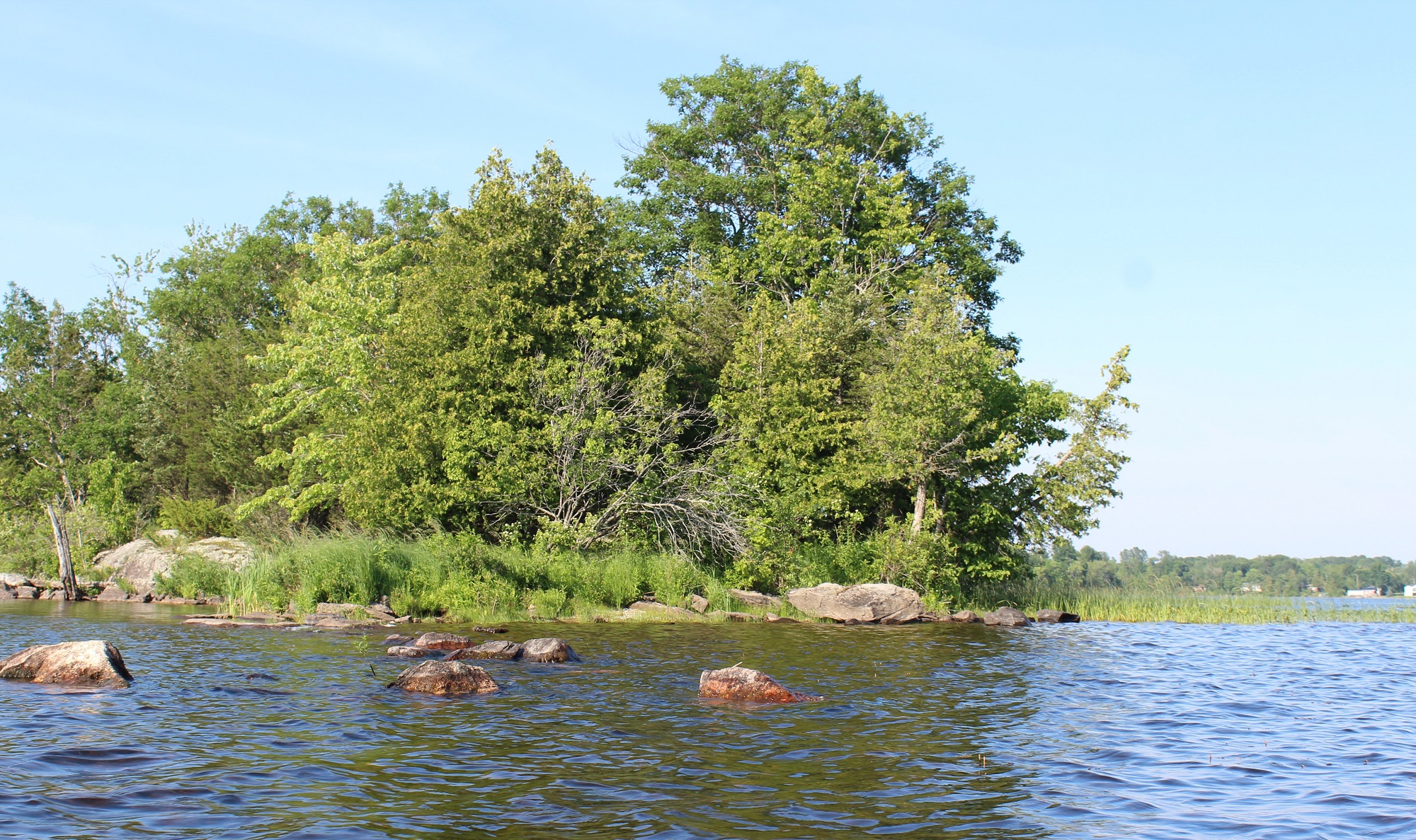 As I approached Neville's Point, it brought back memories of my Pop giving me the responsibility of pointing out the rocks as he manovered his old aluminum boat through the pass. The water level gets low later in the late summer and getting from one side of the lake to the other sometimes got a little tricky. I chuckled to myself as I remembered the scraping sounds of glancing blows and the loud bangs of direct hits. I wasn't a very good navigator. 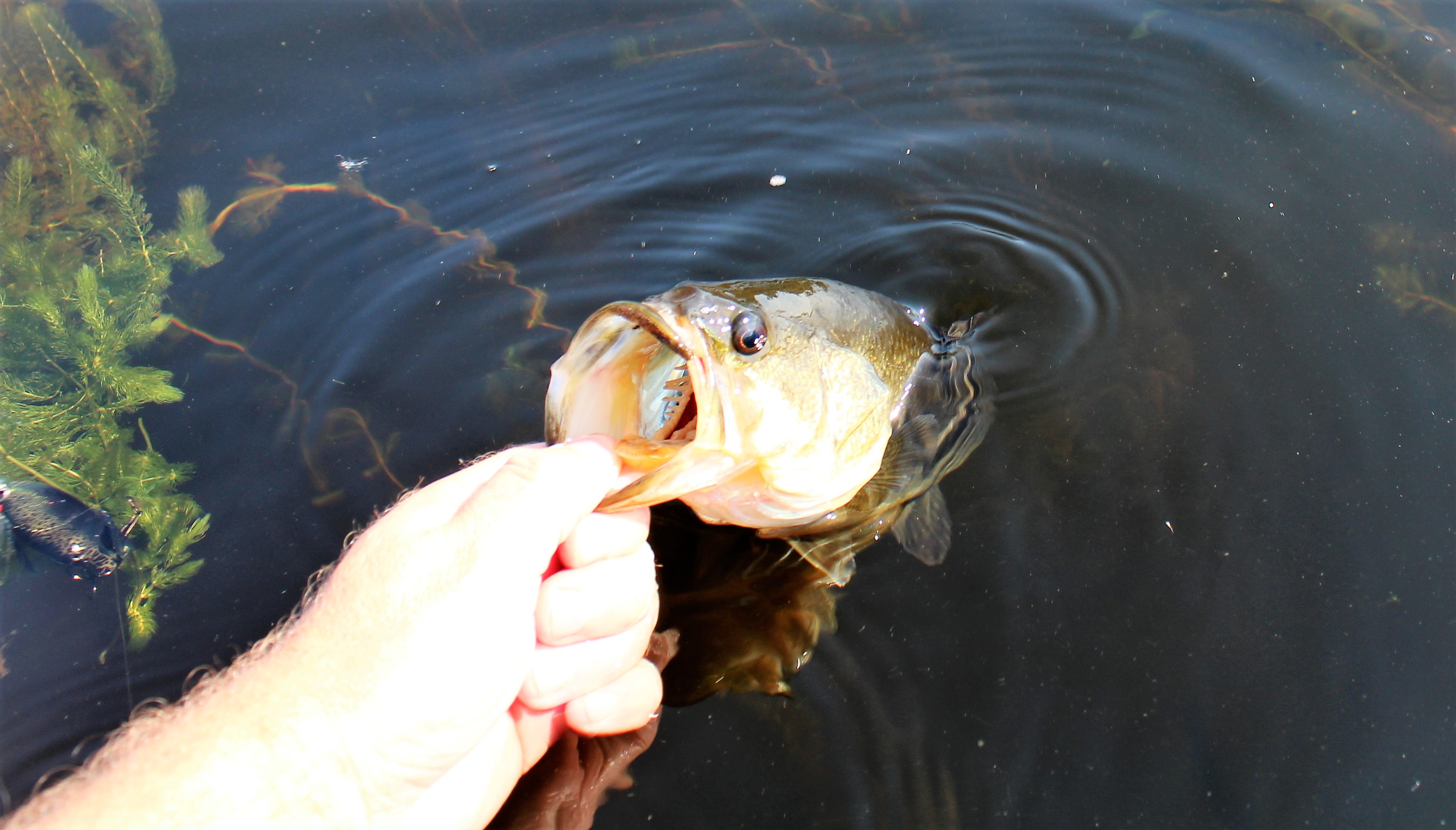 I entered North Beaver and the trees were blocking the wind coming from the west. The water was a smooth as glass so I decided to make a few casts with my fishing rod. It was 4:30 in the afternoon - not exactly prime fishing time - but I was able to catch and release a couple nice little largemouth bass. 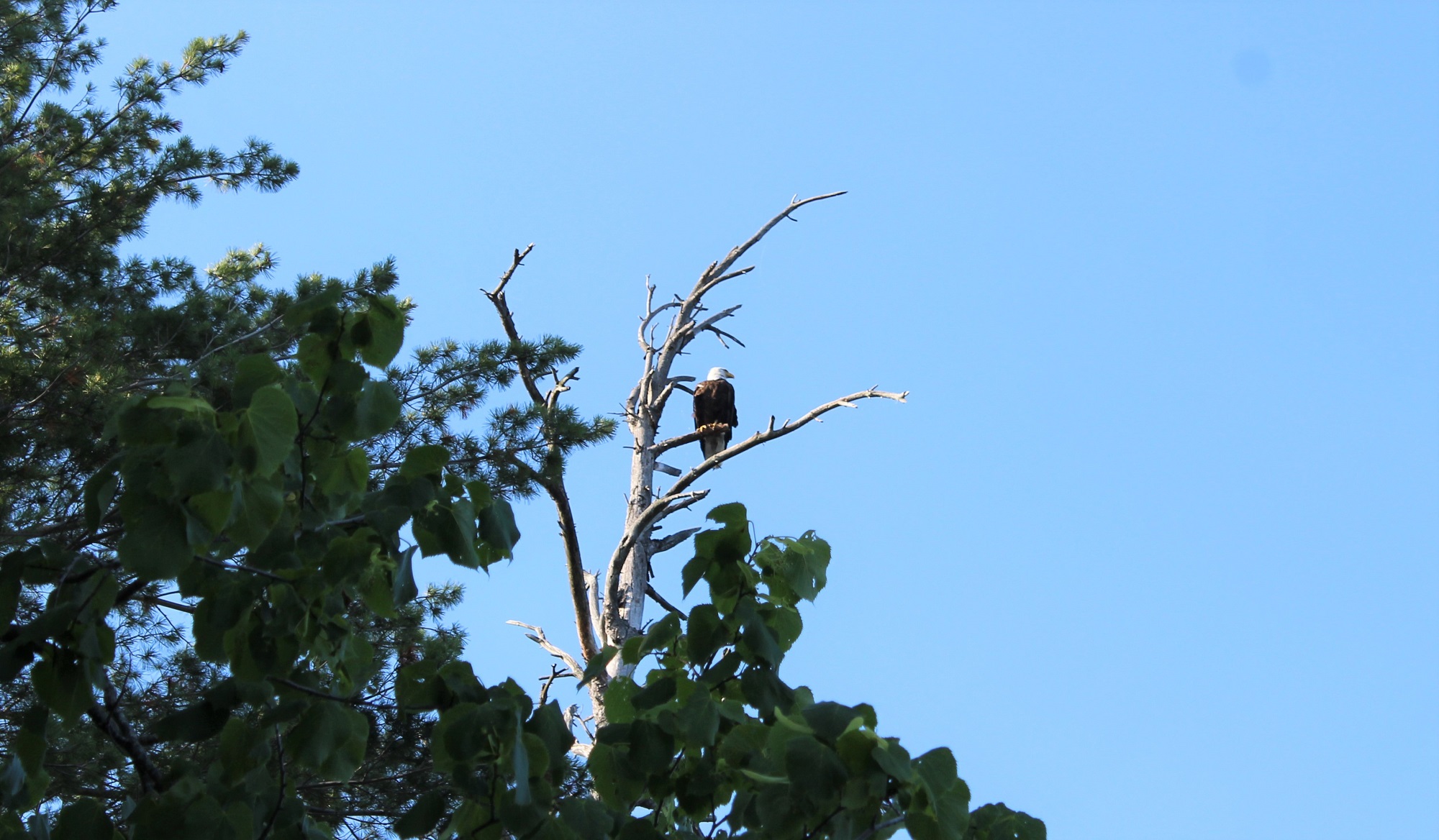 After five or six 'okay, this is my last cast' statements to myself, I finally decided that it was time to head back to the boat launch. Along the way, I was caught off guard when I saw a Bald Eagle land atop a dead tree high overhead. I had never seen one so close before and was in awe of its wingspan and beauty. The afternoon was already a highly enjoyable experience, but seeing this majestic bird was icing on the cake.

As I loaded my kayak back into the truck, I was sad that the day had come to an end. After such a great time, I'll be heading back to the lake much more often.