South Eastern Ontario is finally experiencing seasonal temperatures so I decided to pack up the kayak and head to the Salmon River.

When I pulled my truck into the boat launch parking lot in Roblin, I immediately noticed the water level was about as high as I've ever seen it. Not at all surprising, considering the amount of rain we've encountered so far this spring.

Not long after setting out on only my second kayaking adventure of the year, I could tell that my upstream paddle east towards Croydon would be much more strenuous that anticipated. It's definitely not whitewater rapids at this stretch of the river, but the increased water flowing down stream will ensure that I'll still be feeling the effects of this trip in the morning.

And the morning after that.

The unspoiled beauty of my surroundings was everywhere I looked. The high water and lack of leaves made the river look wider that it does during the summer months  The few consecutive warm(er) days we've experienced lately have made the leaves along the shoreline begin to show. It still looks rather sparse in some places, but it won't be long before the dense treeline will be fully engulfed in various shades of green foliage. 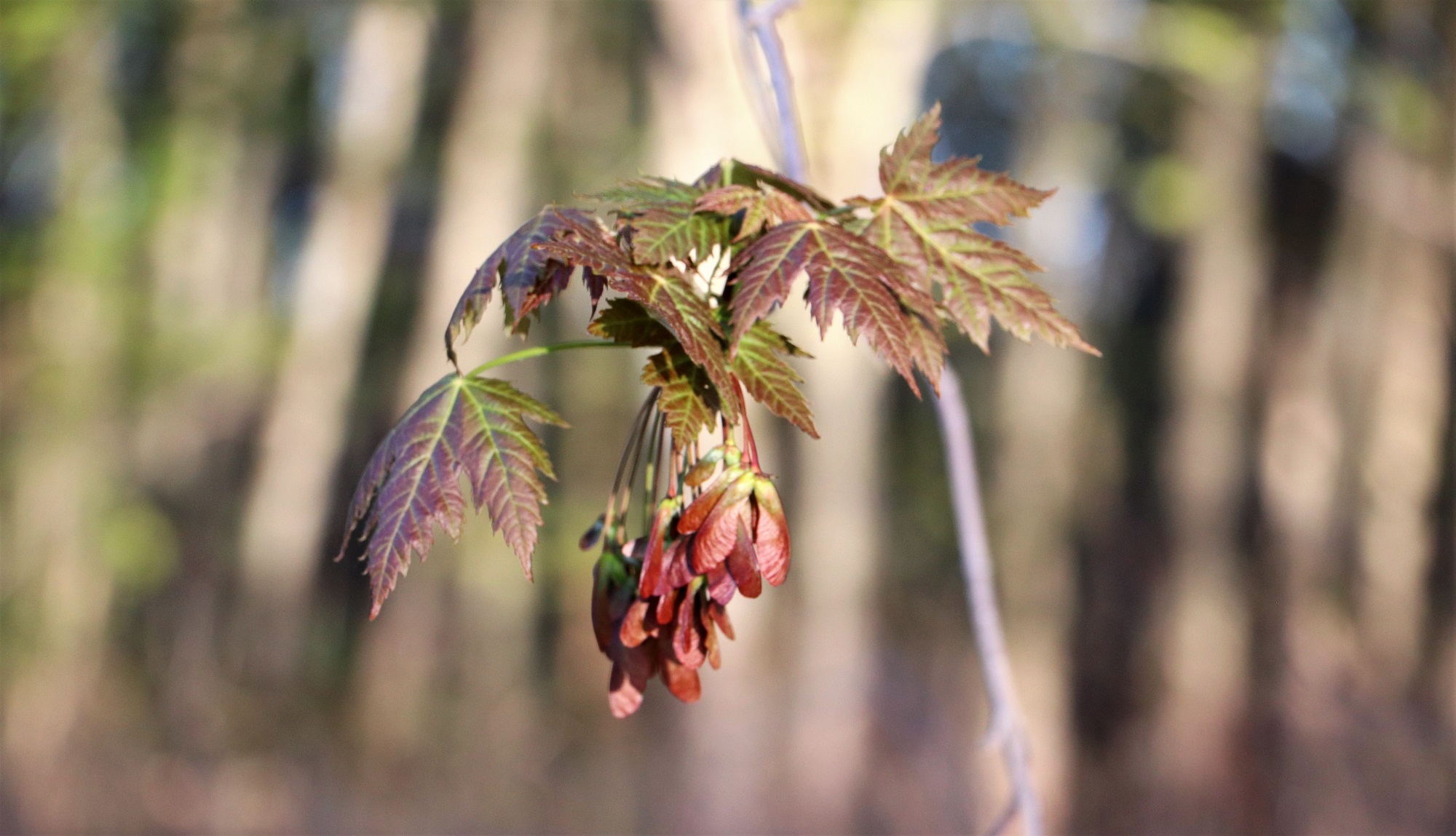 The great thing about the paddling the Salmon River from this location is that after just a couple of minutes you'd swear you're deep into undisturbed wilderness. The sounds of vehicle traffic along County Road 41 quickly disappear and are replaced by the soothing calls of various birds and the pounding of a woodpecker's beak. 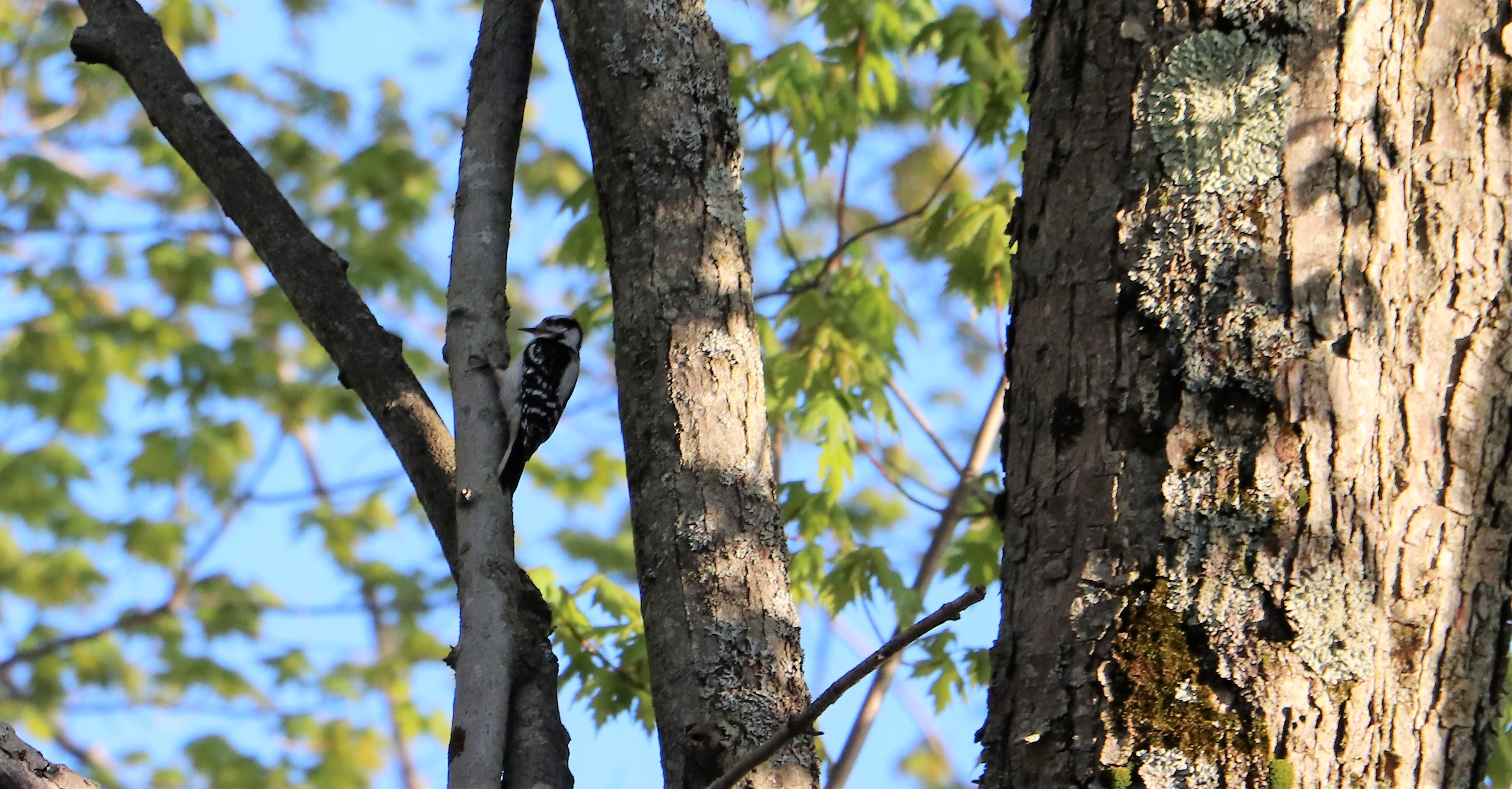 I also was lucky enough to spot a beaver as it crossed the river not far from me. I tried to get closer but I was easily spotted. With a slap of the tail he disappeared under water. 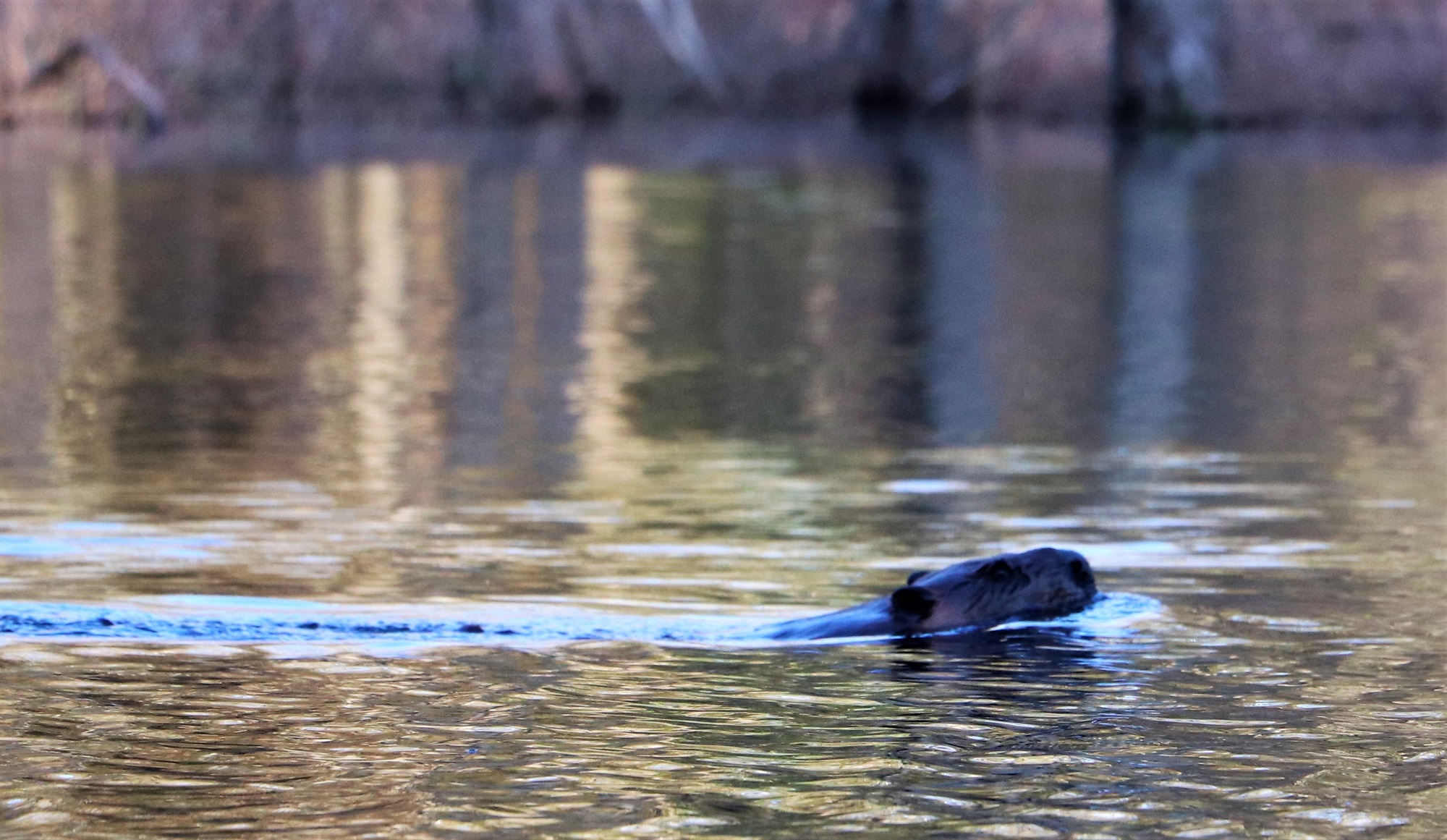 The plan was to paddle 7 km to the Teskey Road Bridge near Croydon before turning back, but after a winter of Netflix binge-watching coupled with a fading evening sun, I begrudgingly changed my plans. As expected, the paddle back was much easier going with the current. 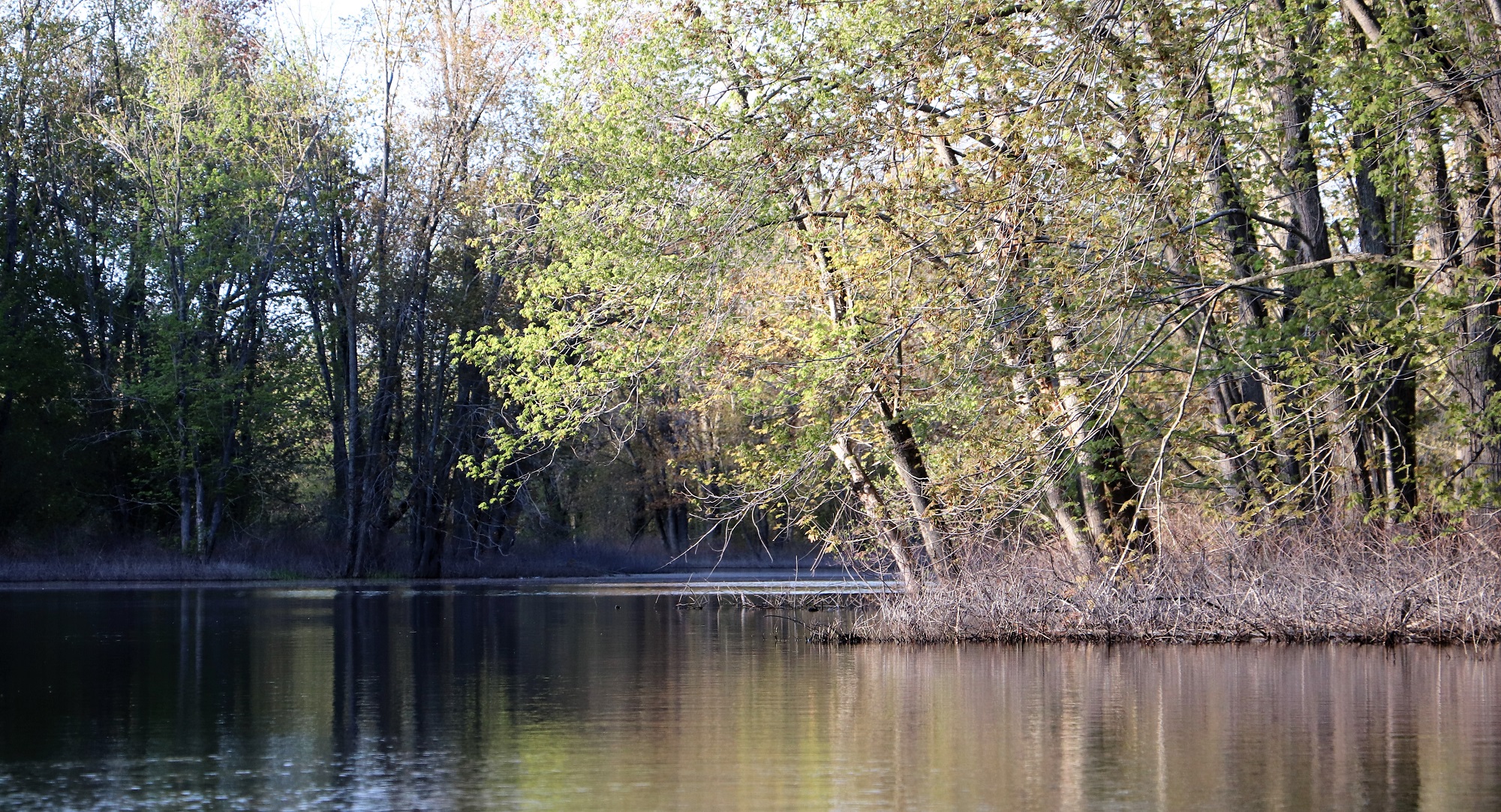 If you're feeling ambitious, canoers and kayakers can continue along the east to Croyden, Tamworth and beyond, eventually connecting with Beaver Lake, however portages are required. Maybe by the fall I'll be in good enough shape to give the full distance a try. 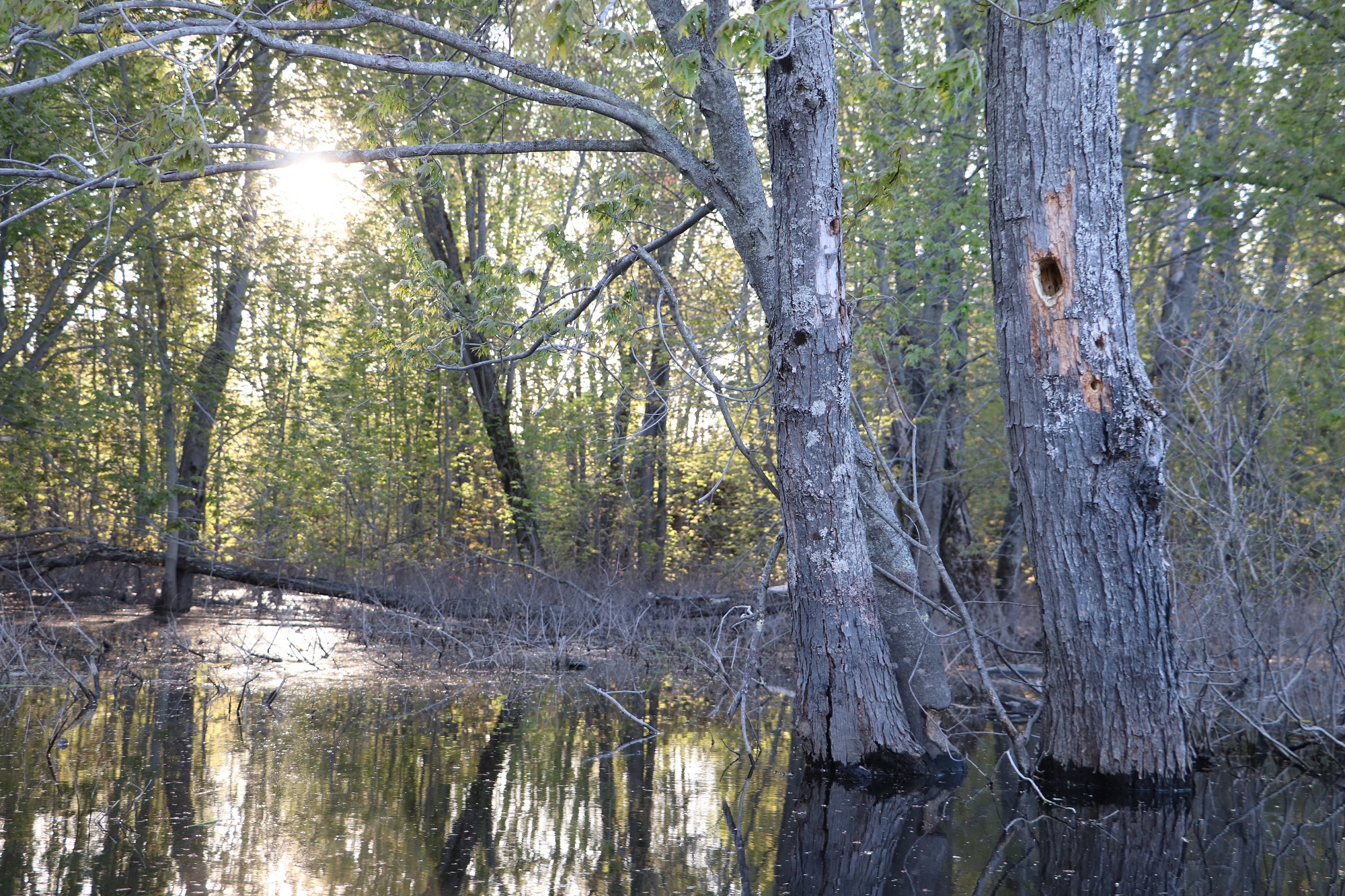